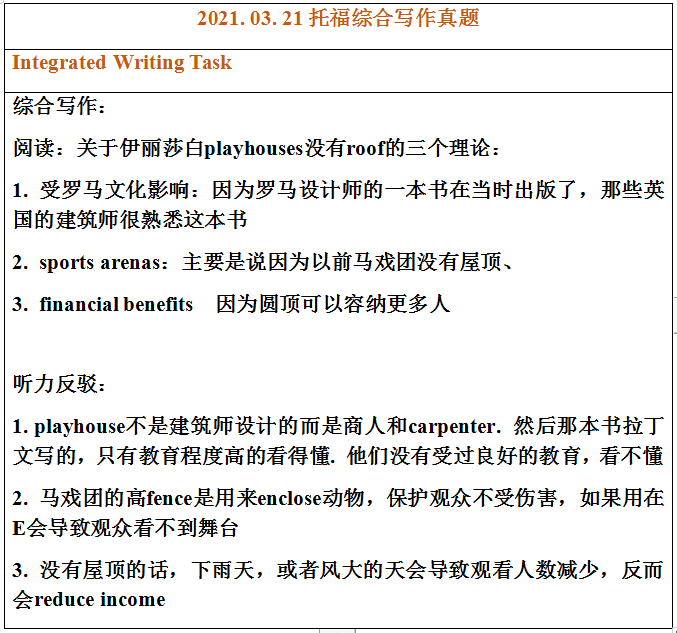 Nowadays, many movies or films are based on books. Some people prefer to read the original book before they watch the movie, while others prefer to watch the movie before reading the book. Which one do you prefer and why? 20201121CN；20191109上午场

Celebrities should make their political views known to the public. 20191102CN

People’s enthusiasm to movies never seems to fade even during the period of economic recession when movies still acted as major entertainment to citizens. Driven by the high profit of movie industry, film makers do their uttermost to produce various kinds of movies to attract audience and obtain a market share, which has triggered a heated debate about which kinds of movies are worth watching. Some so-called educationists and socialists maintain that only those teaching people about real life are worth watching. However, from my perspective, although such statement makes sense to some extent, other movies also meaningful to us and deserve our time.

Initially, I have to admit that we should spend our time watching movies about real life since they can inspire and motivate us. Some movies about the real life are so extraordinary that they can depict life in a way we never pay attention to. Through them, we can get to know the world from different angles and form a new perception of the world. For example, good will hunting, one of my favorite movies, talks about how a young man manage to overcome his emotional disorders with the help of his best friend and a warm-heart professor, and finally build his confidence to purse his dream. Inspiring and touching, the movie teaches me a lot about the importance of following one’s heart and chasing the dream, what true friendship means, and what a responsible educator should do. Thanks to it, I become much more confident and determined than before, which contribute a lot to my life.

However, despite the benefits of watching movies about real life, I still believe that sometimes we should allocate some time to watching other kinds of films for they can also bring benefits to us. First, comedy movies can bring great happiness to us and release our pressure. Comedy movies are generally not based on real life, and feature funny or even ridicules plots with actors and actress encountering a lot of unexpected things and reacting unexpectedly. Watching such movies, we would burst out of laughter unconsciously, which believed to be helpful in enhancing the production of beneficial health hormones like neurotransmitters and endorphin. It is reported that endorphin can not only help generate positive feeling towards life, but also act as natural pain reliever, enabling me to have a high pain tolerance. Hence, getting ourselves immersed in comedies is meaningful.

Apart from comedy movies, detective movies are also worth watching for while watching and trying hard to figure out what they are talking about, our logic thinking can be developed. Such movies are also not based on real life issues. Instead, often talking about a crime, they are carefully designed by some talented screenwriters who make use of their experience and knowledge to create a myriad of twists and turns to keep audiences guessing who is the murderer until the very end. They are full of riddles, and some excellent detective movies are quite difficult for audiences to decode. Viewers have to keep thinking while watching, and trying hard to avoid omitting some important clues. In most cases, people who tend to think out of the box with tons of innovative ideas can solve the riddles. Being rewarded by a sense of achievement, they would be encouraged to think more creatively, even in their daily life and work.