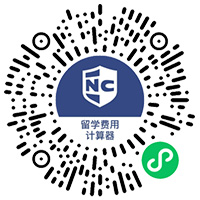 Do you agree or disagree with the following statement?

Teachers should be paid at least as much as doctors, lawyers or business leaders are paid.

The salary level of teaching staff has provoked attention from a myriad of people including teachers themselves, students’ guardians and schools. Some argue that teachers, as cultivators of different kinds of society-builders, are meant to be paid as much as doctors, lawyers or business leaders. However, I contend that it is reasonable for doctors, lawyers or business leaders to own higher salaries than teachers to own those.

First and foremost, compared with works done by doctors, lawyers or merchants, works of teachers are less complicated and troublesome. Admittedly, as a teacher, I know the fatigue of being a responsible teacher. A typical day of a teacher involves giving instant feedback, updating teaching materials, contacting parents and helping ease students’ psychological problems. All these works need a lot of patience, carefulness and responsibility. What is a typical day of a doctor? The most frequently contacted people for teachers are students and parents. How about a doctor? Doctors, so called “life savers”, work in an environment full of potential risks and hazards. In china, the number of violent incidents in China has climbed every year. A survey by the Chinese Hospital Association reported an average of 27.3 assaults per hospital per year in 2012, up from 20.6 assaults per hospital per year in 2006. One of the most oft-cited reasons is that doctors deal with people’s life, which is the most concerned topic for all walks of life. Once a patient doubts about diagnosis, he/she can do anything without right judgement and marble. Considering the above-mentioned reason, I think that doctors should be paid much more than teachers.

As for lawyers and business leaders, do we judge their achievements by measuring talents or endeavors of their clients? The answer is definitely negative. In other words, success of a case or a business is result from consistent dedication made by lawyers or businessmen themselves. In contrast, one student gets an offer from his/her dream university. Admittedly, his/her teachers are committed to cultivating such an outstanding student. However, the success of this student also attributes to his/her own talent, endeavors, and his/her parents’ cultivation. Furthermore, salary of businessmen is decided by their company’s turnover, in which case higher turnover leads to greater revenue.If a businessman is in charge of different departments, works done by him/her is much greater and more difficult than those done by a head teacher. Thus, businessmen and lawyers own more than teachers do.

Finally, I do not mean that teachers do not deserve to earn higher salaries. As a teacher, I think that we need more respect and trust from both students and their parents. Honestly speaking, under the overpowering influences of the Information Age, teachers own less respect today than their counterparts did in the past. This is because any conduct or speech of teachers is likely to be exaggerated and uploaded onto the social platform, in which case many teachers choose to sidestep some cases. After all, no one wants to be judged publicly on social platform by others.

As is mentioned above, I think that teachers’ salaries are not necessarily as same as doctors, lawyers, or businessmen’.